A unique sport – enjoyed by young and old, guys and gals alike – is coming to Sully.

Though it requires the use of a weapon, the sport itself is perfectly safe. It is the sport of fencing. 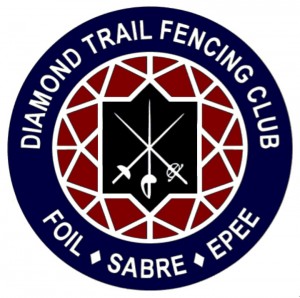 The idea to start a fencing club in Sully began when Van Wyk and his family – wife Svetlana and children Dimitri, Ana, and Nikolai – moved to Sully at the start of the school year.

“One of the reasons why we’re trying to start this – it has nothing to do with profit making or anything like that – it’s simply we have fencers in the family,” Van Wyk said. “Now that we’ve officially moved here last month, we don’t feel like driving to West Des Moines to fence. It’s something that we want to make new friends with locally and get people involved locally.”

The club is open to people seven years old and older, male or female. One of the first questions potential club members may have is, “Is fencing safe?”

“It’s perfectly safe,” Van Wyk said. “Between the weapon design itself and the protective uniform you wear, it’s completely safe. You’re much more likely to injure yourself in basketball or football or something like that.”

Even at the more aggressive tournaments, Van Wyk would only receive a couple of dime-size bruises. “More often than not, you don’t even realize you’ve been touched, but the machine registers the touch,” he said, referring to electronic fencing.

Individual and family memberships to the fencing club are offered. Fencing club members do not have to be members of the Diamond Trail Fitness Center.

Addressing the costs associated with fencing, Van Wyk said, like in most sports, one can go all out and spend a lot of money on gear. But that’s not necessary, as the basic fencing equipment of a jacket, mask, glove, and foil can be purchased for as low as $120-$130. If the fencing club is able to line up sponsors, that money could be used to purchase club equipment. Since the club will kick off in January, family members might consider giving fencing equipment to future fencers for Christmas.

Starting his own fencing club is something Van Wyk wouldn’t have dreamed of six years ago. He first became involved in fencing in 2009. Before that, he’d been involved in taekwondo for many years. But after injuring his pivot leg twice – once in the Marines and again during taekwondo – he decided to give up taekwondo once and for all.

At that point, a friend suggested he join a fencing club, as the movement required in fencing wouldn’t be nearly as hard on his leg. Van Wyk decided to give it a try and has been hooked ever since. He became a member of the Des Moines Fencing Club and enjoyed the sport so much that now that he lives in Sully, he wants to introduce fencing to the area.

“I didn’t know about fencing at all before I got into it, so it’s understandable that a lot of people just don’t know that it’s in Iowa,” Van Wyk said, adding that there are six clubs in Iowa and tournaments all over the state and the Midwest.

Van Wyk would like to see the club up and running in January. In the meantime, he’s been working on the groundwork of creating the club, including making it a member club of the Unites States Fencing Association. He’s also been working to line up fencing teachers. Van Wyk plans for the fencing classes to be taught by people who have been in fencing for more than 10 years and have a really strong grasp of the sport.

The Diamond Trail Fencing Club already has a member registered – a former fencer who moved to the Pella area and stopped fencing because there wasn’t a club nearby. Van Wyk encourages anyone in the area who has fenced in the past to check out the new club forming out of Sully.

Though they’ve only lived in Sully a short while, with all they’ve invested in the winery, Van Wyk and his family plan to be here a long time. They hope the fencing club is here to stay as well.

“We’re not going anywhere,” Van Wyk said. “This is long-term investment of time and energy that we hope people can get on board with.”

Additional information can be found at www.diamondtrailfencing.com.