The Lynnville-Sully Hawks not only hosted the South Iowa Cedar League Conference Meet at the Diamond Trail Golf Club in Lynnville on Tuesday, Oct. 13, they also dominated it. A total of six L-S High School runners placed in the top 10, earning all-conference honors to wrap up the regular season.

Sophomore Greenlee Smock used a strong surge with a half mile left in the race to take a lead in the girls’ race which she never relinquished to finish first and claim her second conference title in a row. Her time was 20:38.

"Winning the title again felt good, and I really feel that my hard work over the summer paid off," Smock said. "There was some good competition out there to help pace me, and there was lots of encouragement from the spectators, which is what helped me finish strong in the last mile."

Senior leaders Caitlin Alberts and Megan Van Zante were not far behind Smock and wrapped up their regular season cross-country careers finishing in the top 10, earning third and ninth respectively.

The Hawks hosted the conference meet for the first time since 2013. Just like the home meet in September, the runners had great weather on Tuesday. The L-S girls finished with a second-place team finish with 42 points behind Montezuma’s 31. The Hawk boys came in fourth with 80 points, behind North Mahaska, Montezuma, and Colfax-Mingo.

“For some on our team, the last time they raced was our home meet because of our high school closing to virtual classes for two weeks because of COVID cases,” said L-S Coach Darin Arkema. “Some were back last week to race at North Polk, but we didn’t have enough for a team score on either the girls or boys side. So we were excited to be able to host, to be able to compete as a team, and battle our conference opponents for individual and team honors.”

In her race for first place, Smock trailed the top runners from BGM and Montezuma for most of the race. With a half mile to go and just the Montezuma runner ahead of her, Smock used a strong surge on a hill to pull in front and claim her second conference title in a row.

The next L-S runner, Alberts, returned to action and “picked up right where she left off,” said Arkema, “being disciplined and knowing herself early in the race, and being strong in miles two and three to pick people off, climbing all the way to the third spot.”

Alberts has earned all-conference honors each of her three years of high school cross-country. She clocked a 22:02 at the meet.

Van Zante finished a minute and a half later at the 23:32 mark to place ninth among SICL girls. She has earned all-conference or honorable mention all-conference each of her four years of cross-country.

“Megan had a determined look on her face tonight and was focused and confident she could race up,” Arkema said. “She was 40 seconds better tonight than she was in September on this course.”

The second-place finish on Tuesday marked the fourth year in a row the girls team has been runner-up in the conference. “While that is great consistency and battling for the top spot, we need to get over the hump and win one,” Arkema said.

On the boys’ side, Gruver battled to stay with a lead pack of runners the whole race. He used some good surges and hill running to keep himself in the top five, placing fifth in 18:55 to medal.

Morningstar had a career-best race to finish eighth and also earn all-conference honors.

“Gentry also had a tremendous race, probably his best of his young career, going under 20 minutes for the first time this season and only second or third time ever, and dropping over a minute from his time at our home meet to bring home a medal and all-conference recognition,” Arkema said.

Sophomore Evan Fikse finished the race in 25:13 to place 42nd, and freshman Luke Farrell came in 44th in 26:41 to round out the boys’ team score.

The boys raced without senior Mason Jansen and Arkema said he “would have loved to see where Mason would have fit in and how we could have scored as a team with him racing.”

“The guys placing fourth, only four points from third, while missing our third/fourth-best runner is a great job by them,” he added.

The L-S junior high runners also competed against conference teams on Tuesday, running a 1.7-mile race. All of the junior high girls were significantly improved over their home meet in September. Eighth-grader Olivia Norrish had the top finish, placing seventh in 13:03, and seventh-grader Laura Fikse came in ninth in 13:15. They both medaled at the meet. Other junior high results were eighth-graders Corrina Rozendaal (18th, 14:07), Hopelynn Travis (23rd, 14:44), and Vance Scholten (16th, 12:35) and seventh-graders Michael Ferrari (19th, 13:35) and Will Conover (24th, 15:23).

Next up for the varsity runners is the state-qualifying meet on Thursday, Oct. 22, at Adair-Casey/Guthrie Center.

“This is the point in the season,” Arkema said, “where we try to fine-tune things, make sure we are staying fresh and healthy, and look to dig just a little deeper for one more race.” 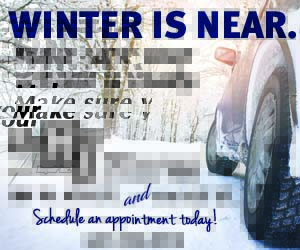