Thirteen L-S athletes in 10 events are bound for the state track meet after a thrilling and challenging state-qualifying meet on Thursday, May 14. The qualifiers include seven girls events and three boys events. 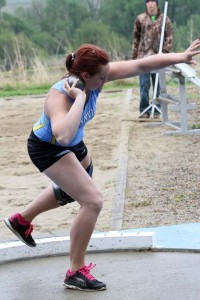 “When you look in our gym and see all the banners from state-qualifying teams in basketball and softball, but you don’t see one for a team winning the state-qualifying track meet (formerly known as regional or district meet), you understand just how special their performance was,” said a proud L-S Coach Darin Arkema.

Those who placed first in their events at BGM were guaranteed a ticket to the state meet. For the Hawk girls, that meant they knew by the end of the night that four events were for sure going to state. Senior Shelby Davis won the shot put with a 34’9” throw, and sophomore Lizzy Van Manen claimed the discus with a 94’4” throw. Junior Marissa Vos clocked a 12:24 to win the 3000, and the 4x200 team (junior Kasiah Ehresman, senior Madison Rasmusson, and sophomores Makenzy Rozendaal and Brenna Lanser) finished first in 1:51.

On the boys’ side, junior Sage Ehresman in the shot put had the only for-sure ticket to state after the meet at BGM. His throw of 47’10” put him in first by 19”. 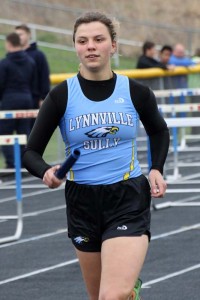 The Hawk boys and girls had to wait until the weekend to find out if any other events received at-large bids to state – and they weren’t disappointed. 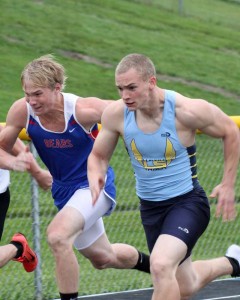 The meet – despite its sour weather – was the perfect culmination to the season for the L-S girls as a team.

“Everyone there was going to have to contend with the weather, but that is something out of our control, so I wanted the girls focusing on what they could control and approach the meet and each event with determination to go out and do their best and accomplish another goal they had set as a team early in the season,” Arkema said. “They knew the competition would be tough, but had no reason to doubt what they were capable of.”

Additional results for the girls are listed below:

“I am so pleased by our team’s performance, in what really was an appropriate last meet for our entire team with how hard they’ve worked this season and all the many improvements and accomplishments they’ve had,” Arkema said.

Additional results for the boys are listed below:

The state qualifiers will head to the blue track at Drake University in Des Moines this Thursday through Saturday, May 21-23. A full schedule of the L-S events is listed at the top of this page. Good luck to all Hawk participants! 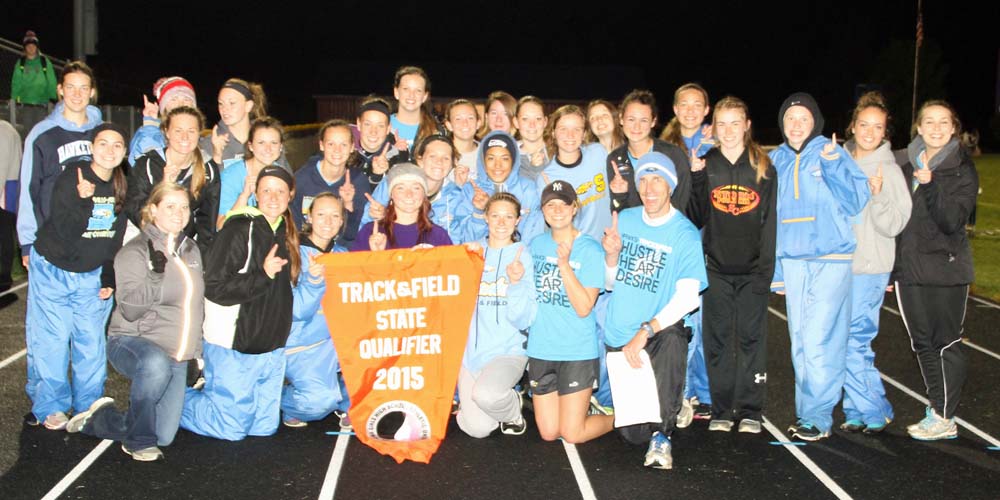