Merlyn Ray Elscott, 70, of Newton, passed away peacefully, surrounded by family, on Dec. 29, 2020, following a year-long battle with cancer. A private graveside service was held at Sully Cemetery, Monday, Jan. 4.

Merlyn was born Feb. 14, 1950, in Oskaloosa. He was the second of six children born to Glen and Verna (Vander Beek) Elscott. He grew up on farms in Sully. As a young boy, his father bought him a pony. This began a lifelong love of horses and horse riding. He graduated from Lynnville-Sully High School with the Class of 1968. In 1970, he enlisted in the United States Air Force. While in the Air Force, he was stationed in Thailand, assisting with turboprop aircraft maintenance. He was honorably discharged in 1974. He was a devoted father to his daughters, Megan Kathleen and Josey Marie, and enjoyed attending and photographing their sporting activities and other events. When Merlyn lived in Lynnville, he was an active and servant-hearted member of Lynnville Friends Church, where he taught Sunday School and Vacation Bible School, sang in the praise team and choir, and even volunteered to fold the church bulletins each Saturday night. He especially loved the men’s Promise Keepers Bible Study and serving on missions trips to Texas and Mexico. In 2008, he was united in marriage to Paulette Rene Adams, and they resided in Newton. Currently, he and Paulette were attending Haven Vineyard Church in Newton. He was employed by Jasper County Road Department for 35 years, retiring in 2015. Merlyn and Paulette enjoyed many camping trips with their horses, including trips to South Dakota, Colorado, Illinois, Missouri, and Arizona, and enjoyed trail riding with many close friends. He was well-liked by numerous friends and acquaintances. He also enjoyed doting on his grandchildren with hayrack rides and fishing trips, and introducing them to his horses.

Those left to honor his memory are his wife, Paulette Elscott of Newton; his daughters and their families: Joel and Megan Vos of Sully and grandchildren Isaac, Isabelle, and Owen; and Troy and Josey Van Weelden of Kellogg and grandchildren TJ and Clara; stepdaughter Sarah and Bryce Champlin of Colorado and grandchildren Layla, Brady, and Summer; and stepdaughter Emily and Kraig Pool of Lake Park and granddaughter Katherine. His siblings and their spouses include: John and Phyllis De Vries of Prairie City, Rich and Fran Reel of Waukee, Jerry and Lorna Elscott of Sully,  Bryce Elscott of Reasnor, and Dean and Donna Elscott of Newton. He is also survived by many nieces and nephews. 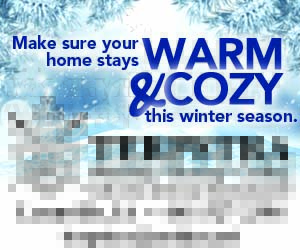