Memorials may be designated to Lynnville-Sully Youth Sports to benefit the girls softball and boys baseball programs, mailed in care of the Smith Funeral Home, PO Box 368, Grinnell, IA 50112. Memories and condolences may be shared with Melvin’s family online at www.smithfh.com.

Melvin Leo Ratcliff was born the son of Harold Rayford and Charlotte Mildred (Groves) Ratcliff on Sept. 24, 1933, at the family home near Lynnville where he was raised. He graduated from Lynnville High School in 1952. He honorably served in the United States Army from 1955-1957.

Melvin was united in marriage to Marcile Wisgerhof on Sept. 13, 1957, at Sully Community Church. Their marriage was blessed with two daughters, Cindy and Bonita. They lived in Greenfield and Sully before making their home in Lynnville. Melvin was employed by the Iowa State Patrol from 1957-1958 and then worked at the Farm and Home Store in Lynnville, Sully Plumbing and Heating, and Sully Telephone. In 1969, he started Ratcliff Electric and owned and operated the business for over 30 years.

Melvin’s family was his everything. He enjoyed having his family live close by and spending time with his grandchildren and great-grandchildren. He was an outdoorsman who loved fishing, hunting, and enjoying the tranquility and family time at their acreage. He was a longtime youth softball coach and played fastpitch softball for over 30 years. He will be remembered as a family man, as a talented wood carver, and as a fun-loving prankster. 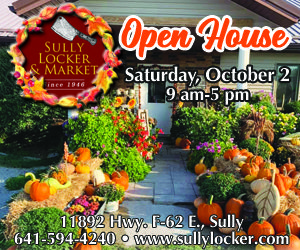