Joann Swank: A child of God, sister to five sisters and two brothers, faithful wife for 58 years, loving mother and grandmother at the age of 85 years, and “Dutch Clean” worker.

Joann, the fifth of eight children born to Gysbert and Jacoba (Stursma) Swank, was born near Peoria on Nov. 6, 1935. She graduated from Peoria Christian School and Pella Christian High School with the Class of 1953. Joann met Leo Donald Nikkel through a close friend of his, Larry Kooistra, at Sully Cooperative Exchange. The rest of the story is history as Joann and Leo were united in marriage on June 4, 1957, at Peoria Christian Reformed Church. They were blessed with three children: Penne Jo, Ricky Lee, and Susanne, to whom they modeled a strong example of their Christian faith.

Joann was a conscientious and highly respected secretary at Pella Christian High School for 30 years. She and Leo served as custodians at Calvary Christian Reformed Church, where she thoroughly enjoyed interacting with the congregation, singing in the choir, and serving as librarian. Joann also cleaned several private residences, known for leaving them in a pristine state of cleanliness. She cherished family, especially when they gathered for food and games. She loved her walks as a way to stay active and enjoy God’s beautiful creation. Maybe her deepest devotion was to prayer, her children with early memories of her at bedtime being literally on her knees. If you knew Joann, it was likely she prayed for you.

Those who will cherish her memory are: Penne (Douglas) Fox of Pella, Rick (Lynn) Nikkel of Norfolk, VA, and Susanne Hileman of Salt Lake City, UT; and five grandchildren.

Joann is survived by three sisters Thressa Deur, Flora Kooistra, both of Pella, and Mildred Lanser of Grand Rapids, MI; her two brothers Ronald (Nancy) Swank Sully and Arthur Swank of Olathe, KS; along with the following sisters-in-law and brothers-in-law: Sylvia (Nikkel) and Gysbert Menninga of Oak Park, IL, Bruce and Joyce Nikkel, Nelson and Norma Nikkel, all of Pella, Lucille (Edward) Nikkel of Grinnell; and several nieces and nephews.

Joann was a faithful member of Calvary Christian Reformed Church in Pella, a champion of Christian education, and a person of quiet, determined faith and prayer. She will be remembered as a humble, soft-spoken, and gracious woman. 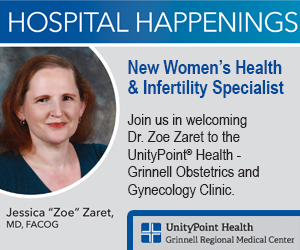