Bruce Ervin Walker was born Oct. 7, 1935, in Des Moines to Ervin H. and Freda Fern (Cooper) Walker. He died Dec. 24, 2020, at the age of 85 in Mission, TX. Funeral services will be held Saturday, Jan. 9, at 1 p.m. at First Baptist Church in Monroe. Burial will follow at Silent City Cemetery. Visitation will take place Saturday from 11 a.m.-12:45 p.m. also at the church. Masks are required for the visitation and funeral service. Memorials may be made to Gideons International or Iowa Regular Baptist Camp.

Bruce graduated from Monroe High School in 1954. Following graduation, he worked at Whitted Implement where he learned the mechanic trade. When Whitted Implement closed, he worked for Davis Auto Supply for four years. In 1969, he went on his own and built Walker's Garage on his acreage four miles east of Monroe. He was a successful businessman and enjoyed working on tractors and lawnmowers for over 50 years.

Bruce, Ila, and their family spent many weekends boating at Lake Ponderosa. They also took their family to family camp every year at Iowa Regular Baptist Camp and after retirement spent their summers at the camp volunteering.

Bruce and Ila spent 37 years wintering in Mission, TX. While in Texas, he enjoyed helping various missions, making thousands of toys for His Hands Ministry, Border Missions, and Children's Haven International -- handing them out to the less fortunate children in the valley.

He was an active member of First Baptist Church and Gideons International. He was an avid speaker for the Gideons and enjoyed meeting people and talking to them about their need for a Savior. 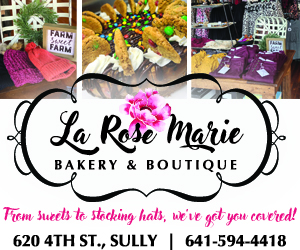