Feature photo: Director Angie Ver Ploeg helps Charity Vander Wilt with her line. Behind her is Sadie Vander Wilt, who plays the part of Red in "Little Red Riding Hood."

A four-day Drama Camp wrapped up on Thursday, July 15, in Sully’s Central Park. The camp was offered by Angie Ver Ploeg, and 11 local children participated. For three days, Monday-Wednesday, Ver Ploeg led the students through warm-up games, acting instruction, and preparation for Thursday’s final presentation. Each character provided their own costume and props as needed. Those who played the roles of narrators (the rabbits) decorated their own masks. On the final day, the young actors and actresses performed for family and friends on Sully’s Central Park stage. 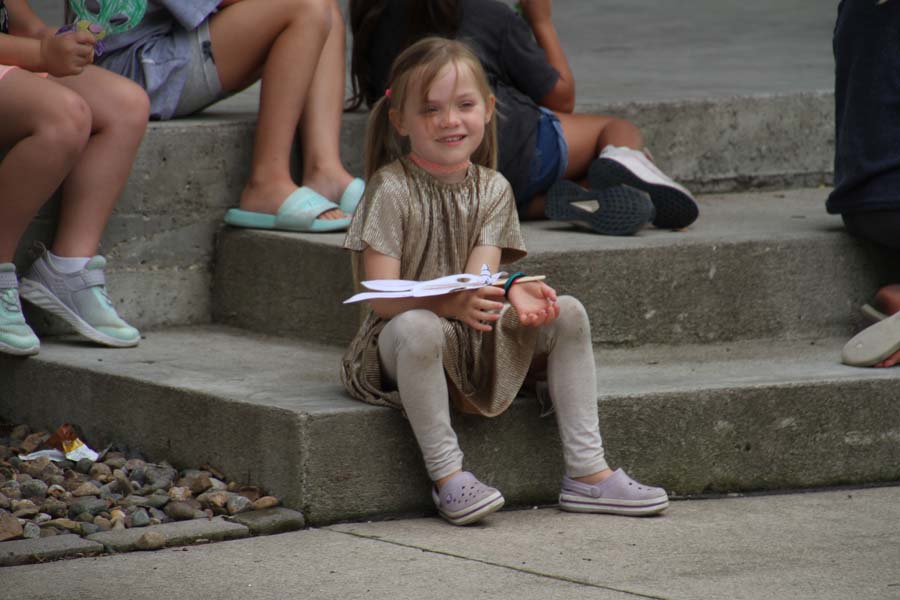 Scout St. John of Pella slides her mask down to smile at her grandparents in the audience, Mark and Melissa Doll of Lynnville.

Many of the characters had their lines on note cards. Students playing the parts of the main roles were given scripts prior to camp so they could start memorizing lines.

“I was especially impressed with how they were very expressive and confident and memorized their lines,” said Ver Ploeg. Participants of drama camp were Sadie, Gunnar, Deacon, and Charity Vander Wilt, Abigail and Emily Ver Ploeg, Peyton Bowlin, Atlas and Scout St. John, Georgia Zimmerman, and Hazel Beyer. 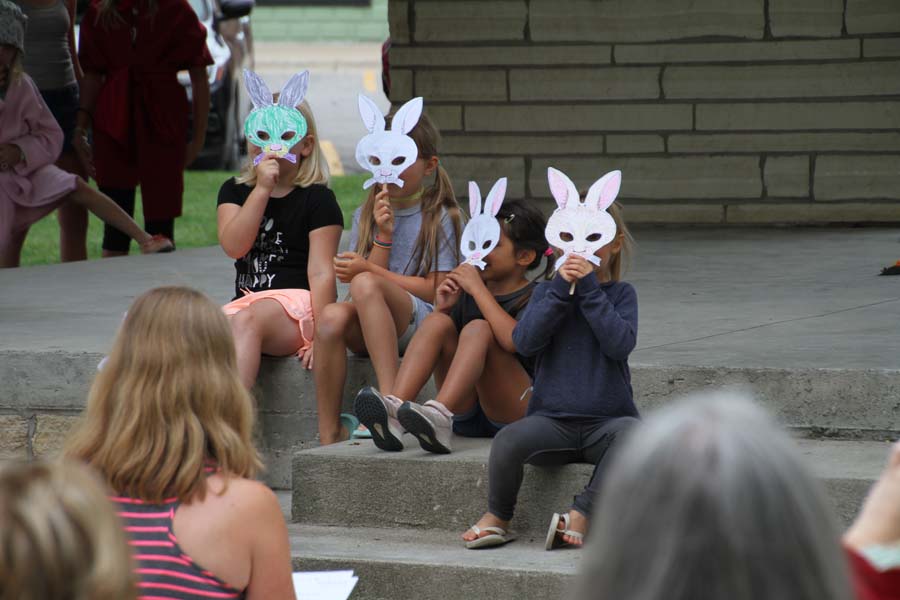 Ver Ploeg said she plans to provide Drama Camp again next summer. “It provides a great theatrical opportunity for kids in the area without having to drive to other towns. That's kind of one of my outlooks and goals, is to bring things that larger towns have to offer into our smaller community,” said Ver Ploeg. “I think it provides a great opportunity to build confidence and self poise. It really is for all ages!”