ABOVE: Pitcher Denali Conover (#4) tosses the ball to first baseman Aliya James for an out against Montezuma last Wednesday, July 1. James leads the SICL in putouts with 103.

The Lynnville-Sully girls are on a four-game win streak after a winning week on area ball diamonds. The Hawks are 13-1 overall and 10-0 in the SICL, where they sit in first place in the midst of the final week of the regular season.

“I have been proud of the way we are playing,” said L-S Head Coach Stacey Alberts. “At times, playing very solidly. At times, we are doing enough when it hasn't been easy or pretty. The message continues to be to work together as a team to move forward into tournament play. At this point, we will continue to work with individuals to help them elevate their game just a bit as we go into this next week of the season.”

The Hawks hosted the 7-4 Bravettes of Montezuma on Wednesday, July 1, and shut down the Bravettes’ final-inning attempt at a comeback. The L-S girls came out on top, 4-2.

Conover recorded the W after pitching a complete game. She allowed seven hits and two runs, walked one, and struck out five. 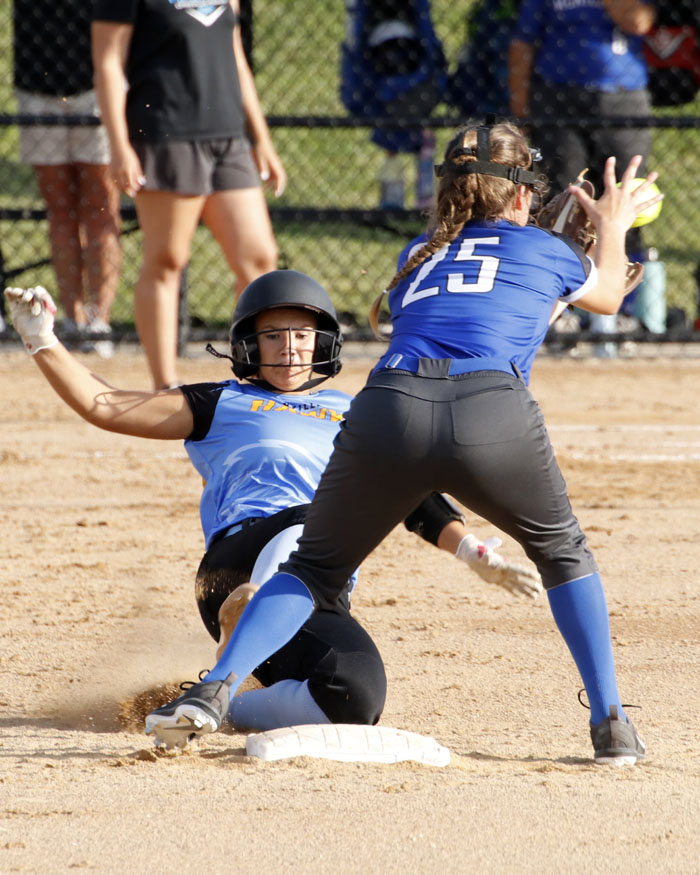 Senior Kaleah Ehresman slides safely into second base she has the most stolen bases tin the SICL with 18 this season.

On offense, L-S had less hits than Montezuma with five. Juniors Caitlin Alberts and Laci Keen each had a double and combined for three RBIs. Juniors Korinne Jansen and Conover and senior Kaleah Ehresman each had a base hit. Jansen, Ehresman, and sophomore Reagan McFarland had one stolen base each.

A dominating performance by the L-S girls gave them a 13-0 win in three innings against the 1-7 Iowa Valley Tigers last Thursday.

Keen went 3-for-3 at bat with a double, two singles, and four RBIs. Senior Mallory Loftus and Alberts each went 2-for-2 with two base hits and three RBIs apiece. The Hawks’ other hit was a single by Conover, who also had one RBI.

L-S stole five bases in the game, three by Jansen and one each by Alberts and sophomore Aliya James.

The win went to Conover, who pitched all three innings and didn’t give up a single hit. She walked one batter.

The fourth week of the season started with another shutout, this one against the 4-8 Belle Plaine Plainsmen. L-S scored four in the first inning, five in the fourth, and one in the fifth to get the 10-0 victory.

The Hawks stole five bases – three from McFarland and one each from Jansen and Ehresman.

Conover pitched the five-inning game and allowed four hits. She walked one and struck out five.

The Hawks wrap up the regular season this week hosting BCLUW (senior night) on Tuesday, July 7, traveling to Tri-County on Wednesday, and playing at Eddyville-Blakesburg-Fremont on Thursday.

The girls will have a break in action until their first regional game on Wednesday, July 15, when they will play either Keota or Tri-County at 7 p.m. at home. The winner will play on Friday, July 17, at 7 p.m. in Sully. 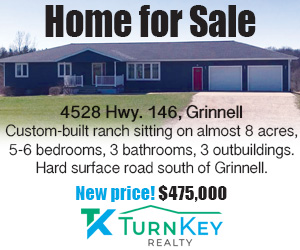