Hiking 500 miles in a month’s time through desert, mountains, and more is an impressive task. Doing that at 72 years old is downright inspiring, and it’s exactly what rural Searsboro resident Robin Gray was doing this spring. 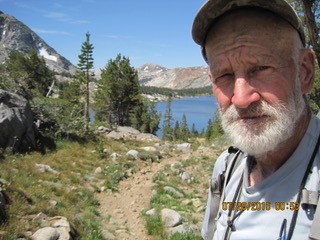 Robin Gray of rural Searsboro is pictured in California on one of his six times hiking the Pacific Crest Trail.

Gray recently returned home from four weeks of hiking on the Pacific Crest National Scenic Trail (PCT). The PCT is a pathway through some of the most outstanding scenic terrain in the U.S. Beginning in southern California at the Mexican border, the PCT travels a total distance of 2,650 miles through California, Oregon, and Washington until reaching the Canadian border.

Over the course of six trips to the PCT, Gray has covered about two-thirds of the trail. The two areas he hasn’t hit yet are the Washington portion and about 350 miles in California in the highest part of the Sierras south of Yosemite.

Long-distance hiking is not a new thing for Gray, who hiked the 2,190-mile Appalachian Trail over the course of three trips in 2013 and 2014.

After that, he actually had no interest in hiking the Pacific Crest Trail because, like the Appalachian Trail, it’s not local or handy to get to. However, in January 2016, Gray’s daughter, Susie Gray Duke, ran in the Olympic Trials in Los Angeles. Since he was in the southern California area for that, Gray hiked for 2.5 days on the PCT, starting at the Mexican border.

He ended up going back out to hike on the trail in August that year and has chipped away at portions of the rest of the PCT every year since, except for 2020 due to COVID-19.

Typically, Gray goes out to the PCT in August, but since the most recent portion he covered was very arid and went through desert, he wanted to do it in the springtime. Gray said he still “fiddles around farming,” so to make it work to be gone in the springtime, he hired out some of the work he normally would have done.

He also prepped for the hike by getting his body physically prepared by running.

“I try not to be too far out of shape anytime and particularly when I start (long hikes),” he said. "But I did lose about 15 pounds, and that is typical.”

Gray said he prefers to drive to the PCT instead of flying as it gives him the opportunity to check out some of the trail from the road, and he leaves shoebox-size boxes of supplies and food at certain locations along the trail, such as at motels and hiker hostels. “These places typically will take your box and keep it until you get there,” Gray explained. 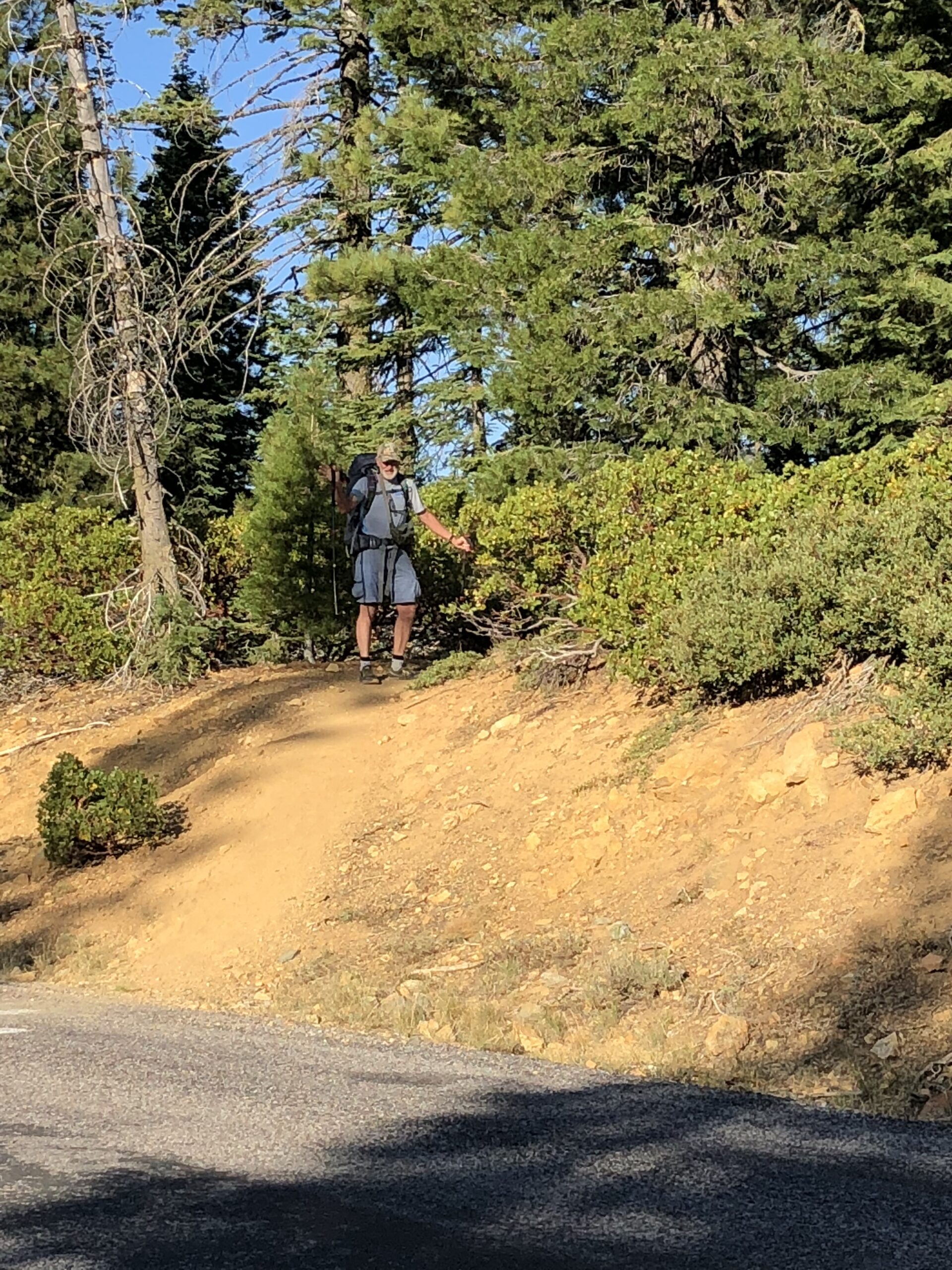 Gray heads into the woods, off on another adventure on the Pacific Crest Trail. He'll need at least two more trips to finish the 2,650-mile trail that starts at the Mexican border and ends at the Canadian border.

For his most recent trip, on Mar. 27, Gray took off for California and left his car at a friend’s house in Bakersfield. The friend drove Gray about 45 minutes to where he started hiking on the trail and headed south.

Over the course of 28-29 days, Gray hiked about 500 miles. His journey started in the southern part of the Sierra Nevada Mountains and went on through several smaller mountain ranges.

Trail conditions were quite varied, from low-land desert to dry hills to elevations of more than 9,000 feet. Some areas had snow on the ground, but for the most part, no moisture fell during his month on the trail. His coldest night was the last night, when it got down to 35 degrees with frost on the ground.

While hiking, Gray carried up to 40 pounds of equipment, supplies, and water. To lighten the load, he carried mostly dehydrated food, and a couple times, he mailed home some things he figured out were unnecessary.

Gray had the capacity to carry 6-8 quarts of water, and he replenished his water supply in a variety of ways, including at municipalities, natural water sources, and — in some long, dry stretches — at caches of water left in jugs in certain strategic areas. “If you didn’t have that, you would be in a hurt for water,” Gray said.

Since every day his main mission was logging miles, Gray doesn’t stop to take in the scenery very much or to take photos. He actually kept his eyes glued to the ground most of the time because of all the hazards hikers have to look out for, like sticks, downed trees, soft spots, and roots.

“Trekking poles save you,” Gray said, adding that tripping is still something that happens every day. His biggest spill this trip was when he took a dive in a brush pile.

Gray said he didn’t encounter much wildlife on this trip, but he did see three rattlesnakes, other kinds of snakes, and a few deer.

He noted how at one point, he walked on top of the Los Angeles Aqueduct, which looked sort of like a 15-foot-wide highway. You’d never know there was water flowing under it, he added.

Gray's hike on the PCT ended about 30-40 miles east of San Diego. From there, he was able to hire a ride to the Amtrak train station in San Diego, and then took a combination of train and bus to get back to Bakersfield. He arrived back home in Iowa on May 2. As always, his wife, Nancy, was relieved to have him home.

When asked how the PCT compares to the Appalachian Trail, Gray said it’s a bit hard to compare the trails since it’s been eight years since he was on the AT. He’s had hard days on both trails, and each has its challenges.

“The word is that the Appalachian Trail has more elevation climb than out West,” he said. “The word is (on the PCT), you get up and follow the ridges. It makes it sound like you get up to altitude level and it’s a level walk all the way to Canada. That is not the way it is. There is plenty of going up and plenty of going down, plus you’ve got the higher elevation thing out West.”

At 72 years old, Gray knows as he gets older, there will be an ending point sometime as far as what his body can handle. But he’s not letting that stop him from making some tentative plans. He’s thinking he will need at least two more seasons to finish the portions of the trail he hasn’t hit yet. Gray said scenery-wise, those two portions are the best, according to other hikers. He’s thinking about saving the highest, steepest, ruggedest part of the Sierras for last.

People hike on the PCT and other similar trails for a variety of reasons. Gray noted how when you’re out on the trail, you don’t have to worry or wonder about lots of the things from normal life. It’s like he heard an older hiker say before, “All you have to think about when you’re out here is water.”

Each hiking trip Gray has been on has been an adventure with ups and downs, just like the mountains he climbs on. It’s part of what makes it exciting. In Gray’s words, “Every time is a learning process. Every portion of trail is a bit different.”