Sadly, the Lynnville-Sully area lost a number of veterans in the last few months of 2021. To posthumously honor their service, the Hometown Press compiled pieces of their stories, which are included on the following two pages. We may never know the full stories of their years in the United States military; however, we know they each sacrificed in some way, and we owe them our eternal gratitude. 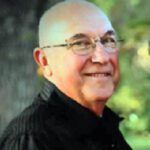 Lloyd Brand enlisted in the U.S. Army on June 12, 1953. He completed eight years of service under the Universal Military Training and Service Act and was honorably discharged in 1961 after attaining the rank of Corporal. 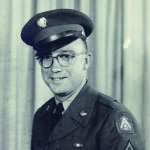 After his time in the service, Brand farmed and made truck deliveries for Co-Line. He and his wife, Arlene, lived south of Sully and were blessed with three children: Gale, Dale, and Lisa. 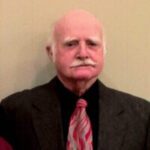 Just a few years after his  graduation from Searsboro High School with the Class of 1949, Dan Fisk en-tered active ser-vice in the U.S. Army on Sept. 19, 1952. He served with distinction during the Korean War, reaching the rank of Sergeant First Class. Fisk was honorably discharged in December 1953 with the following decorations, medals, and badges: The Korean Service Medal with one Bronze Star, National Defense Service Medal, United Nations Service Medal, and the Good Conduct Medal.

On Aug. 10, 1971, Daniel married Irene McNaul and gained five stepchildren. Daniel and Irene raised their children and continued to farm south of Searsboro. 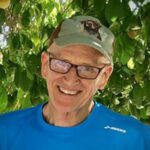 William Robert “Robin” Gray was a 1967 graduate of Lynnville-Sully High School. He attended William Penn College, where he ran cross-country and track. Between his sophomore and junior years of college and again between his junior and senior years, he attended a Marine Corps Platoon Leaders Class in Quantico, VA. Each class was six weeks long. After completing those classes and training, he was commissioned as a Second Lieutenant in the U.S. Marine Corps the day he graduated from William Penn with a bachelor’s degree in biology in May 1971. 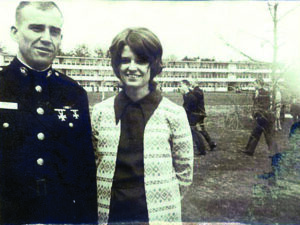 Robin Gray and his wife, Nancy, are pictured during Robin's time in the service.

Later that summer, Gray attended The Basic School (TBS), also at Quantico. All new officers go through this class lasting six to seven months. After TBS, he joined the Marine Corps track team. The Marine Corps ran against other colleges and universities. That lasted until he sustained an injury.

Gray spent the summer of 1972 at the same Platoon Leaders Class he had attended during college, but this time, he had college students under his command instead. In the fall, he married Nancy Miller and then was stationed at Camp Lejeune, NC, in an engineer battalion. They remained in North Carolina until Gray was discharged with the rank of First Lieutenant in the fall of 1974.

Gray and his wife had two daughters, Jennifer and Susie. He was still actively farm-ing on their heritage farm in rural Searsboro at the time of his passing. 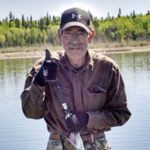 David Conover graduated from Lynnville-Sully High School in 1969 and attended William Penn College in Oskaloosa. He then enlisted with the U.S. Army, serving in Fort Polk, LA, and Germany, and came back stateside to finish out his service. 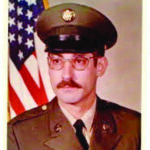 Following his honorable discharge, Conover worked for a couple of local farmers before working for the United States Postal Service for over 30 years in New Sharon and surrounding communities. Conover had four children: Ben, Angela, Caleigh, and Zach.

Ivan Maasdam, son of Henry and Cornelia Maasdam, at-tended country school in Sully and went to high school at the then newly-organized Lynnville-Sully High School. He served in the United States Army active duty from 1964-1966 and the reserves until he was honorably discharged in 1969. He was stationed in Fort Polk, LA.

Maasdam and his wife, Betty, married on Feb. 11, 1966. They raised their two sons, Kirk and Jason, in Sully and subsequently moved to Oskaloosa in 1990. Maasdam retired from Precision Pulley in Pella. 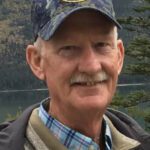 After graduating from Newton High School in 1967, Rodney Meyer went on to attend Muscatine Junior College and Southern Illinois University. He then enlisted in the U.S. Navy, where he proudly served for six years. Meyer was stationed in Rota Naval Base in Spain, where he was a cryptologic technician. He reached the rank of Petty Officer Second Class before he was honorably discharged.

Meyer ended up working at a few different co-ops before becoming a Cenex sales representative at the Sully Co-op. He and his surviving wife, Candy, lived in Killduff and raised three children: Chad, Kristen, and Jolee. 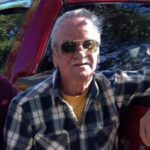 Roger Neels, a native of Sully and graduate of Pella Christian High School, was just 21 years old when he enlisted in the U.S. Army in 1965. He served as a helicopter gunner during the Vietnam War. Neels didn’t talk about his military experience very much, but his family shared a couple of memories Neels had recalled. One time, Neels’ chopper went down because they were too heavy. Another memory Neels shared was he shook President Lyndon B. Johnson’s hand when he was in Vietnam. The president’s only comment was, “You’re doing a fine job, soldier.”

Neels was honorably discharged in 1967. After his time in the military, he married Linda Akers-Thompson on Mar. 14, 1969, and they raised three children: Bill, Sheryl, and Tony. Roger held several sales positions and drove semi-truck. He went on to have a sanitation career with Brooks Cartridge before owning and operating R&L Sanitation in Montezuma for several years until his retirement. 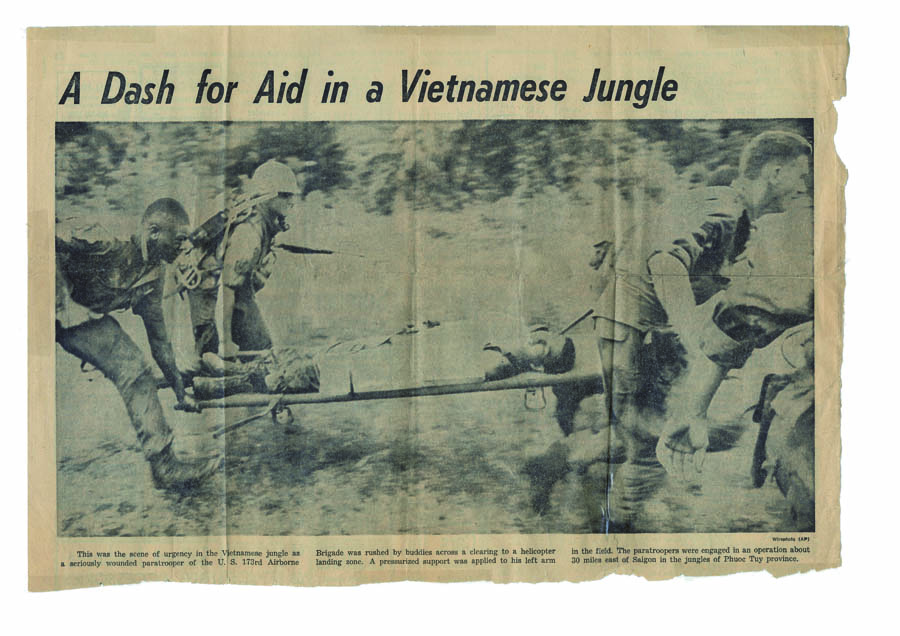 The newspaper clipping above is from the Sept. 6, 1966, issue of the Des Moines Tribune. Roger Neels is the soldier in back (second from left) with the helmet. The caption reads, “This was the scene of urgency in the Vietnamese jungle as a seriously wounded paratrooper of the U.S. 173rd Airborne Brigade was rushed by buddies across a clearing to a helicopter landing zone. A pressurized support was applied to his left arm in the field. The paratroopers were engaged in an operation about 30 miles east of Saigon in the jungles of Phuoc Tuy province.” 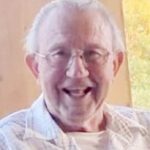 Melvin Ratcliff, son of Harold and Charlotte Ratcliff, was born at the family home near Lynnville where he was raised. He graduated from Lynnville High School in 1952. He honorably served in the United States Army from 1955-1957. He was stationed at Fort Leonardwood, MO, doing pipeline construction.

Ratcliff was united in marriage to Marcile Wisgerhof on Sept. 13, 1957. Their marriage was blessed with two daughters, Cindy and Bonita. They lived in Greenfield and Sully before making their home in Lynnville.

Ratcliff was employed by the Iowa State Patrol from 1957-1958 and then worked at the Farm and Home Store in Lynnville, Sully Plumbing and Heating, and Sully Telephone. In 1969, he started Ratcliff Electric, which he owned and operated for over 30 years. 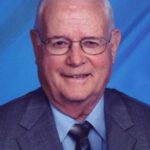 Leo Renaud was the youngest of the 13 children born to Paul H. and Lydia (VanDer-Pol) Renaud on their farm south of Sully. Leo attended Lunt and Grandville Country Grade Schools until the family moved to Otley where he then attended Otley Grade School. In 1951, Renaud graduated from Pella High School. He then farmed with his family until he was called to serve his country in the United States Army from January 1955 to January 1957, when he was honorably discharged, after which he returned to his family home and farming.

Renaud and Marguerite ended their six-year courtship with their marriage on July 27, 1956. They were blessed with two children: Pamela Joyce and Gregory Lee. They enjoyed their life on the farm, and working the tax season for 10 years at H&R Block was a good fit for him, too. 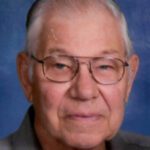 Harris Van Kooten grew up on the farm near Searsboro and attended Lynnville Junction Country School and Searsboro School through grade nine. In February 1952, Van Kooten enlisted in the Air Force during the Korean War, where he was a propeller mechanic on the B-29s, C119s, and SA16s. He was based in Texas, Idaho, Montana, England, and South Carolina. On Aug. 6, 1953, he married Minerva Grace Arkema.

When Van Kooten’s wife Grace accompanied him to his stateside assignments, they lived off base and were able to make many friends that they stayed in contact with for many years. 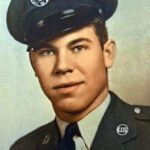 Van Kooten was stationed at Molesworth Air Force Base in England for a time. While there, he would travel to visit his brother-in-law, Nelson Arkema, of Sully, who was stationed near London.

Van Kooten was honorably discharged from the Air Force in 1956 after being awarded the National Defense Service Medal and a Good Conduct Medal. He farmed with his father, Roy, on the family farm near Searsboro, where he and Grace raised their six children. He and Grace later moved to Pella, where he worked for Ring-O-Matic and De Ruiter Lawn Equipment.

Van Kooten always had a desire to return to England to show Grace where he was stationed. In 2006, he was able to return to England with family and friends. On a day trip, he was accompanied by his wife, a son, and grandson and went to visit Molesworth. A lot had changed over the years, but he still recognized several of the buildings, especially where they worked during the day and ate their meals. They also visited the Normandy, France, area at that time. He enjoyed that trip so much. 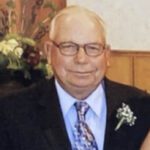 Arvin Van Wyk was the fifth of 11 children born to Cornelius and Artie (Van Maanen) Van Wyk. He attended the Dairy Grove Country School. With the passing of his father at an early age, Van Wyk worked on the farm. He then began working at the Sully Co-op Creamery until he was drafted into the U.S. Army.

June 15, 1956, he was united in marriage with Anna Mae Hartgers. To this union, three children were born: Steven, Jana, and Sharla. After serving his country, Van Wyk returned to Sully and continued at the creamery until he became a hired hand for Harold Van Wyk from 1960-1966. Later that year, he began farming independently for 13 years north of Sully. In 1978, they purchased land in the Sandridge area north of Pella, where he continued to farm until 2020.