Fifty-four years ago, Melvin (Mel) Goodyk was 18 years old and fresh out of high school. He made the decision to enlist in the U.S. Air Force and would end up serving our country for eight years. It’s a time he looks back on fondly and credits for helping form him into the person he is today.

Born on May 26, 1949, Goodyk grew up on a farm just outside the town limits of Lynnville. He attended Sully Christian  School for grades 1-8 and then Pella Christian High School in Pella, graduating with the Class of 1967.

That same year, he enlisted in the Air Force. When asked why he decided to enlist, Goodyk recalled, “Because of the Vietnam War, the Army was drafting hot and heavy. And I was kind of an ornery guy. I went drag racing a lot in the ‘60s. My father threatened to send me to reform school if I didn’t straighten up. I said, ‘No, you’re not. I’m going to go tomorrow and enlist in the Air Force.’ So that’s what I did.”

Looking back at his eight years in the Air Force, Goodyk said they were the best years of his life.

In the role of crew chief, Goodyk was totally responsible for the aircraft, from takeoff to landing. His responsibilities included the day-to-day maintenance, diagnosing malfunctions and replacing components, and supervision and coordination of aircraft care. Goodyk said he always had good assistant crew chiefs to help him in his role.

After Keesler AFB, Goodyk was sent overseas to Vietnam, where he spent a year from 1968-1969 fighting in the war and was on air support missions for an aircraft with the 21st Infantry. It was a short take-off and landing aircraft, so it could land on dirt strips.

The aircraft got shot at a few times — always from the North Koreans, though, not the North Vietnamese.

Goodyk recalled one memory from Vietnam when a pilot error caused the plane to lose an engine. They landed in a swamp, and a helicopter had to come and rescue Goodyk and the other crew members.

After his year in Vietnam, Goodyk came back to Wright-Patterson Air Force Base in Ohio and then was transferred to Westover AFB in Massachusetts, where he was crew chief on a B-52D “Stratofortress” model for a year.

“I was a flying crew chief. I flew on a lot of missions,” Goodyk said.

One particular day as crew chief in 1971 is forever etched in Goodyk’s memory. The story is both sad and incredible. Goodyk recalled how he and the crew were just about to leave base on an old B-52D. 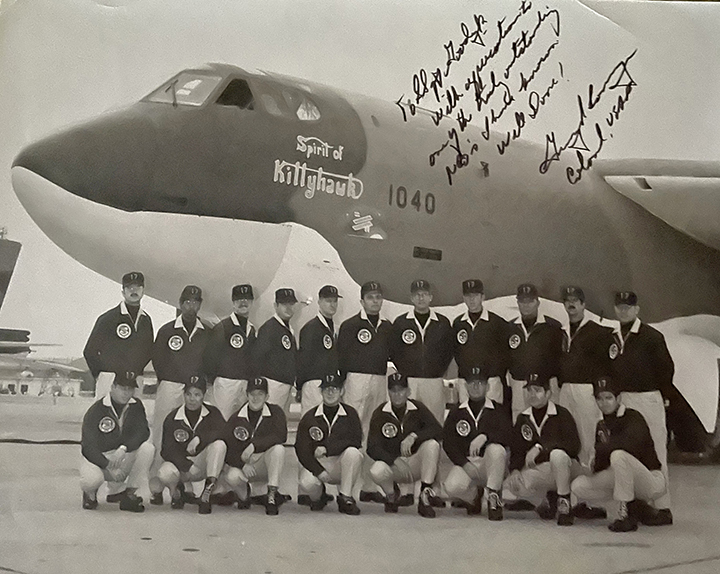 The airplane pictured is the last of the 40 B-52H airplanes ever built, and Mel Goodyk (fourth from right in back row) was crew chief of it. He flew with this plane from Wright-Patterson Air Force Base in Ohio to Barksdale, LA, for a bombing navigation competition where they took first place. Goodyk was allowed to fly the plane for approximately 20 minutes on its flight home to WPAFB. His name was on the outside of the plane.

“We got to the end of the runway, ready to take off,” he recounted. “They radioed out to us and said, ‘You’ve got a crew member on board that’s got an emergency phone call.’”

The aircraft taxied back in, and Goodyk was told the message was for him, and he needed to call his brother ASAP. After getting ahold of his brother, Goodyk learned their dad had passed away that morning. That news changed the plans for Goodyk, and the B-52D he had been on took off without him.

“That airplane crashed, and it killed everybody except for the co-pilot,” Goodyk said. “I would’ve been on that plane if my dad hadn’t died.”

The death of his dad saved Goodyk’s life, and he truly feels God was with him that day.

Goodyk finished his time in the military at Wright-Patterson AFB, where he was crew chief on a B-52H model. “I crew chiefed the last B-52H model ever made,” Goodyk said. “We went to a bombing-navigation competition in Barksdale, LA, and we took first place. The plane serial number was 61-040 with my name on it as crew chief.”

On the way back from the competition, the pilot said, “You’re the best crew chief we have in this whole Air Force. You know more about this airplane than anybody.”

To honor Goodyk, the pilot let him fly the plane for about 20 minutes once they were airborne. “That was the thrill of my life,” Goodyk said.

Another honor from Goodyk’s time in the Air Force was being asked to serve on Air Force One. He ended up turning that opportunity down.

After almost eight years in the Air Force, Goodyk learned if he re-signed with the military, his next orders would station him in Minot, ND. Since he wasn’t interested in going there, he decided to give civilian life a try instead. Goodyk retired from the Air Force in 1975, having attained the rank of E5 Staff Sergeant.

After his discharge from the Air Force, Goodyk worked in steel foundry for nine years and then worked for Ohio-based Borden Chemical for about a decade.

He married his wife, Billie, on Aug. 29, 1980. They have three children and six grandchildren.

Goodyk currently resides at Hillspring Nursing Home in Springboro, OH, as he is unable to walk due to having multiple sclerosis. 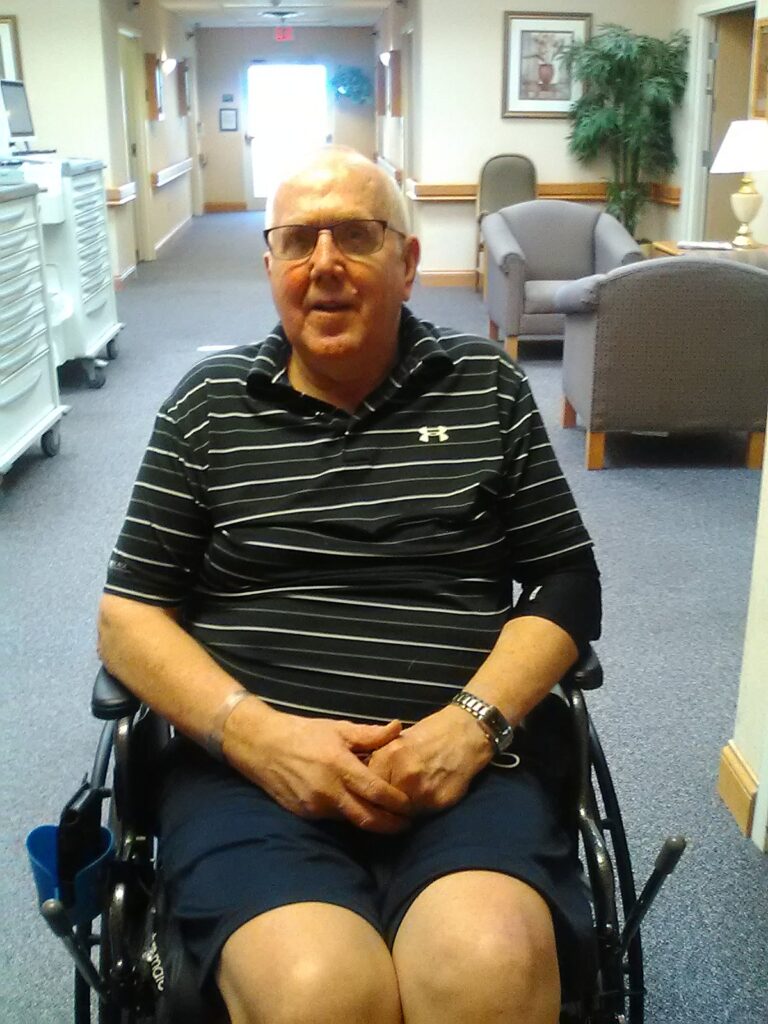 Thank you, Mel, for your service!

Despite the health trials he has faced in recent years, Goodyk refuses to be negative. The family-oriented and faith-filled man is deeply thankful for his family and their support. He is also grateful for his years in the service, where, as it turns out, he ended up getting “reformed” anyway!

“I had a good career. I really did,” Goodyk said of his time in the Air Force. “I learned a lot. It was the best thing I ever did. It made a man out of me.” 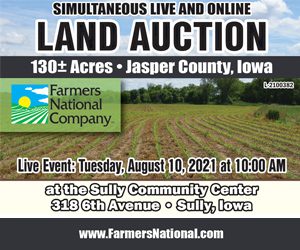