From her own experience of pain and loss, Cindy Claussen, of Killduff, is helping bring comfort and healing to others going through similar tragedies themselves. Through her book, “Born to Fly: An Infant’s Journey to God,” Claussen has reached thousands of families affected by infant loss. 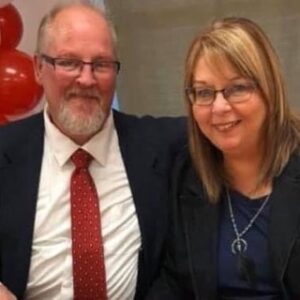 Cindy and her late husband, John, have five children -- one in heaven and four on earth.

Claussen’s journey with infant loss began nearly 39 years ago when her oldest son, Nathan, was stillborn 18 days past his due date. The doctors had no idea what caused the perfectly healthy-looking baby boy to be stillborn.

That was Nov. 22, 1983. Claussen described the days that followed as “absolutely horrific.” Instead of adjusting to life as a new mom, Claussen was faced with tasks like picking out a casket and planning a funeral.

She was grateful for the help of her father-in-law, Stub, and her brother-in-law, Walt, who took care of a lot of the funeral logistics. She also drew comfort from a book a nurse in Newton gave her called “Empty Arms” by Sherokee Ilse. The book was one of the only ones at the time that offered suggestions and support for people touched by infant death or miscarriage. Still, Claussen’s arms – and heart – ached for her baby.

“I should have had counseling, but they just didn’t do that much back then,” she said.

Time passed, and Claussen and her husband, John, went on to have four more children, all born healthy. But Nathan was never far from Claussen’s mind.

A BOOK IS BORN

Twenty-three years after Nathan’s stillbirth, on a hot day when the rest of her kids were at school, Claussen was watching TV and folding laundry when a story came to her of Nathan talking to God. She decided she had better write the story down.

That story became “Born to Fly: An Infant’s Journey to God.” The tenderly written book is a conversation between Nathan and God while the infant boy was in Claussen’s womb and then on God’s lap.

Not only did the book help Claussen with her own grieving process, but it has also helped thousands of others with more than 10,000 copies sold all over the world. 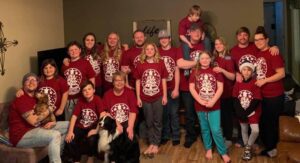 Cindy and her family, Christmas 2020.

During the process of getting the book published, Claussen quickly discovered her book doesn’t just speak to mothers of this day; it also brings healing to mothers of all ages who have lost a baby. Before the book was printed, Claussen recalled showing it to a friend of hers who was in her 80s.

“She just fell apart,” Claussen said. “Then she began to tell me the story about her child and how she had lost it.”

The woman had not been allowed to see her stillborn baby and was never allowed to mourn – a weight she still carried decades later.

Another woman Claussen talked with was in her 90s and had had a baby when she was very young. The baby was taken away, and the woman’s family tried to convince her it was all a dream.

Through “Born to Fly,” Claussen has been able to connect with and counsel women like that who have been deeply affected by infant loss.

Claussen noted how one of the first people to read her book was Janet Petersen, an Iowa State Senator who had lost a baby of her own. Petersen encouraged Claussen to get her book printed and then went on to help start the Count the Kicks Campaign, which educates parents-to-be on how to track their babies’ movements to reduce their risk of stillbirth.

Claussen also shared how, at a book signing and speaking event, she ended up meeting Sherokee Ilse, whose book “Empty Arms” had comforted Claussen in the days after Nathan’s death. Ilse found it amazing that Claussen had come across her book in 1983 since the book had just been published the year before and was only distributed in major cities. The two marveled at how it ended up in Newton, Iowa, just when Claussen needed it.

A SONG IN HER HEART

Another means Claussen had of processing through her grief was through a song. How the song ended up being produced is a “miracle” in itself, according to Claussen.

“God gave me a tune in my head to sing when I was missing Nathan. Years later, I felt I had the words. I contacted a friend who is a composer and asked him to just read the words and compose something. I had never sung the tune out loud to anyone, not even my husband. The composer composed the exact same tune to the words!”

Claussen’s best friend’s daughter, Liz Cloven – who was born just days after Nathan – recorded the song. Since 2008, it has been on YouTube.com – listed under “Born to Fly: An Infant’s Journey Back to God” – with over 115,000 views. It is also available for sale on iTunes as “The Promise” by Liz Cloven.

According to Claussen, both the song and book have been used at many infants’ funerals, helping bring healing to families.

Nearly four decades have passed since Claussen lost her firstborn. And each of Nathan’s birthdays have hit her differently. One year, she might fall apart for the whole day. Another year, it’ll pass without much emotion. Two birthdays ago was particularly emotional as Claussen’s husband passed away unexpectedly that year, so she pictured both her husband and son celebrating together in Heaven.

For a long time on Nathan’s birthday, Claussen would take a copy of her book, wrap it in a baby blanket, write a card, and bring the items to the hospital in Newton where Nathan was born. She’d give them to the nurses so they could pass the items along to anyone who had lost a child.

The way her book continues to bring comfort and healing to people is why Claussen considers the book to be “Nathan’s ministry.”

“Even though he’s not here, his ministry is here,” she said. 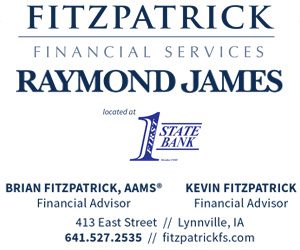