Feature photo: Flames from Key Cooperative's controlled burn could be seen from miles away on Saturday, Aug. 21.

As the sun came up on Saturday morning, Aug. 21, preparations were underway for a controlled burn of no longer used obsolete buildings at Key Cooperative in Sully. The fire changed the skyline after over 65 years for at least one of the structures. For the most part, the event went as planned and no injuries were reported. Many hours of planning culminated with 17 fire departments in town providing equipment and men in town under the leadership of Fire Training Consultants from Humboldt. Assisting the Sully Fire Department were departments from Lynnville, Searsboro, Reasnor, New Sharon, Baxter, Deep River, Colfax, Newton, Barnes City, Malcom, Mingo, Hartwick, Kellogg, and Gilman. Also on the ground providing assistance were representatives from Mahaska County C.E.R.T, Jasper County EMA, Jasper County Sheriff’s Office, Poweshiek County EMA, Key Cooperative, Lacaeyse Pumping, and EWI. Spectators from near and far as well as from an airplane and drones came to watch the massive controlled burn that could be seen from over 30 miles away.

After a slightly delayed start due to wanting to ensure enough water was on hand, the fire was started in the basement of the old grain elevator. When the fire made it to the top at about 10:50 a.m., it was put out in the basement to control the burn. An aerial water truck and other fire trucks kept a continuous spray of water on nearby grain bins to keep the steel from fire damage. 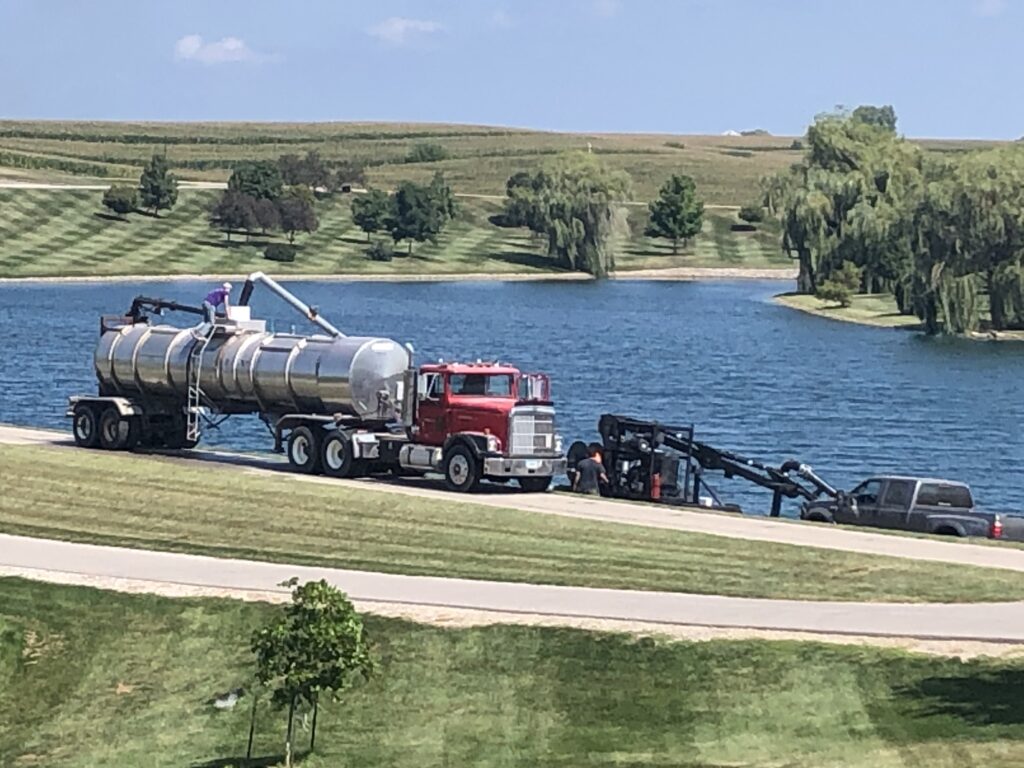 Area farmers and business owners played an instrumental role in the controlled burn's success. Here they are shown pumping water out of Co-Line's Lake 7-A.

Approximately 450,000 gallons of water was pumped to the burn via a mile-long, eight-inch hose from Marty and Betty Vander Molen’s pond just east of Sully. Sully Fire Chief Mike Vander Molen thanks the homeowners, Sully Christian School, Sully Community Church, Sully airstrip, and Sully Transport for allowing the hose to run across their properties. In addition to water from the Vander Molen’s pond, approximately 339,000 gallons of water was pumped and hauled from Co-Line’s Lake 7-A. Water from Co-Line was poured into two portable water reservoirs north of the old elevator. Co-Line’s gracious offer of water along with the area farmers who made multiple trips to haul it into Sully were instrumental in the safe razing of the buildings. Farmers providing assistance included Kevin Van Kooten, Kyle Van Kooten, Randy Van Kooten, Curtis Van Kooten, Doug Gruver, Tim Vander Schel, Bryce Engbers, and Richland Pork. In addition to water pumped and hauled in from area ponds, an additional 108,000 gallons of water was used from the city water system. Mike Vander Molen estimates a total of 897,000 gallons of water were used throughout the day. 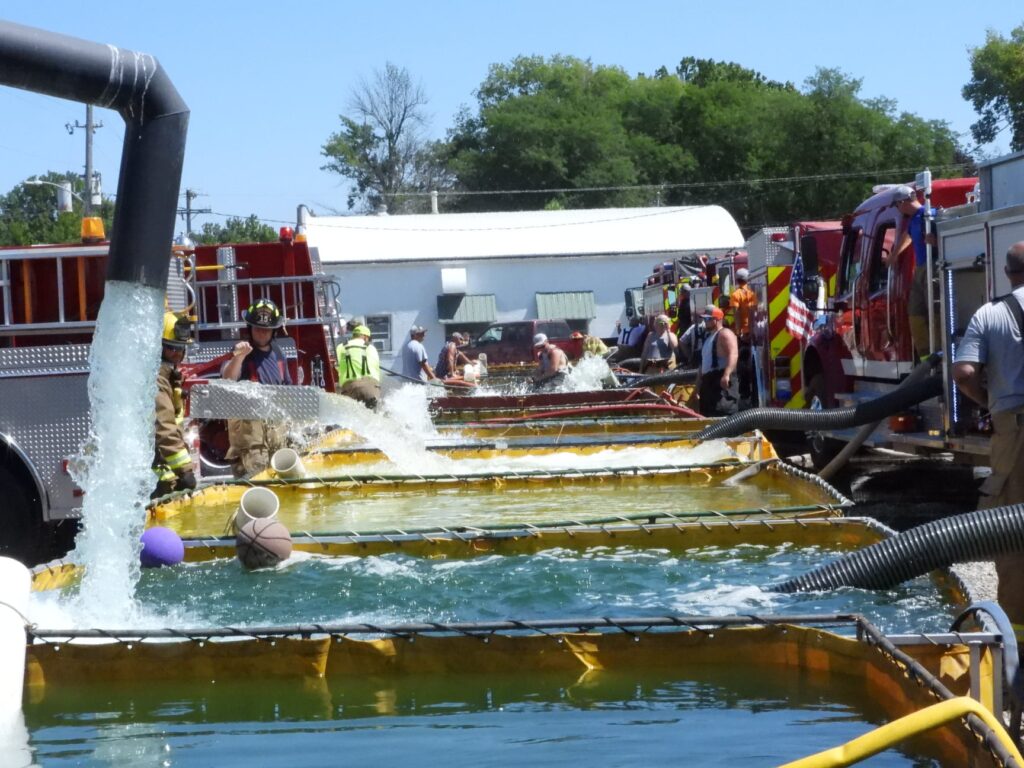 The controlled burn of Key Cooperative’s outdated bins was successful thanks to massive efforts from many departments, agencies, and local business owners and farmers. An estimated 897,000 gallons of water was used on Saturday.

“I absolutely cannot express how grateful I am for the help of the area fire departments, responders, and all of those who came together to help make the day go off without a hitch,” said Mike Vander Molen.

Key Cooperative’s Sully Location Manager Mark DeVries said the need for future bin expansion was the driving force behind the controlled burn. Although there is no exact timeline for future bins, eliminating the current situation was the first step of the expansion process. The outdated grain elevator built of wood and covered with steel in 1955 with 70,000 bushels of grain storage was too small and slow to handle the size of today’s equipment and volume of grain. The rectangular annex building also built of wood covered with steel to the east was built in 1964 for 110,000 bushels of grain storage. Two wooden fertilizer sheds were also burned as they were no longer used and in bad condition. The burn was complete by 6 p.m.

“The burn went right according to plan. It was wonderful to see the weather cooperating and the resources functioning properly for the day,” said DeVries.