The humid, sticky weather with possible rain forecasted Saturday evening, Aug. 7, probably kept a few vehicles and spectators away, but the eighth Sully Night Out Cruizin’ The Square Car Show, Sully Lions Club meal, Sully Big Band Concert, and “War With Grandpa” movie in the park all happened with a nice crowd. The event was put together by Janise Gruver and Barbra Maasdam and sponsored by the City of Sully and Hometown Press.

Car enthusiasts had 47 vehicles to look over and bring back memories, with many looking at each entry at least once or a few times on their walks around three sides of the Sully square. Many were heard to say things like, “I had one about like this once,” or “I really messed up, I should have kept my car like this,” “Where has he been hiding this?” along with various discussions about makes, models, engines, colors, and other features of the vehicles on display. 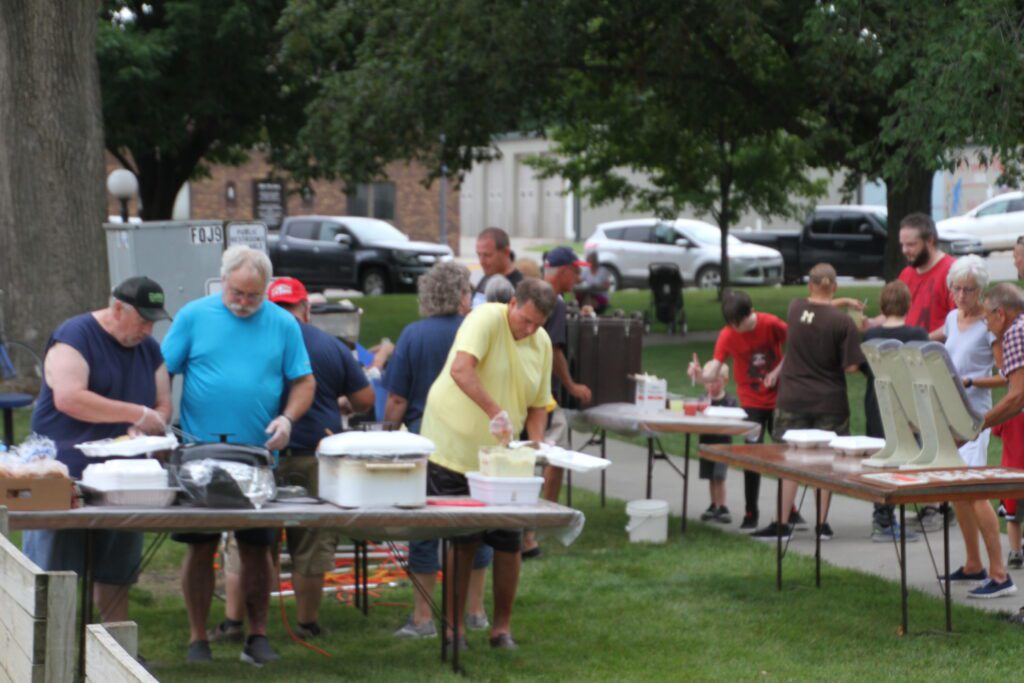 Members of the Sully Lions Club serve a meal to attendees at Saturday's Cruizin' The Square event in Sully. In addition to viewing the classic vehicles parked along the Sully square, attendees were well fed and enjoyed entertainment in the form of music by Sully Big Band and a movie in the park that started at dusk.

Two brothers were in the top three when the results were counted in the kernel voting for the spectators’ favorite cars. The blue 1964 Chevy C10 pickup owned by Doyle Huyser of Sully received the most kernel votes. 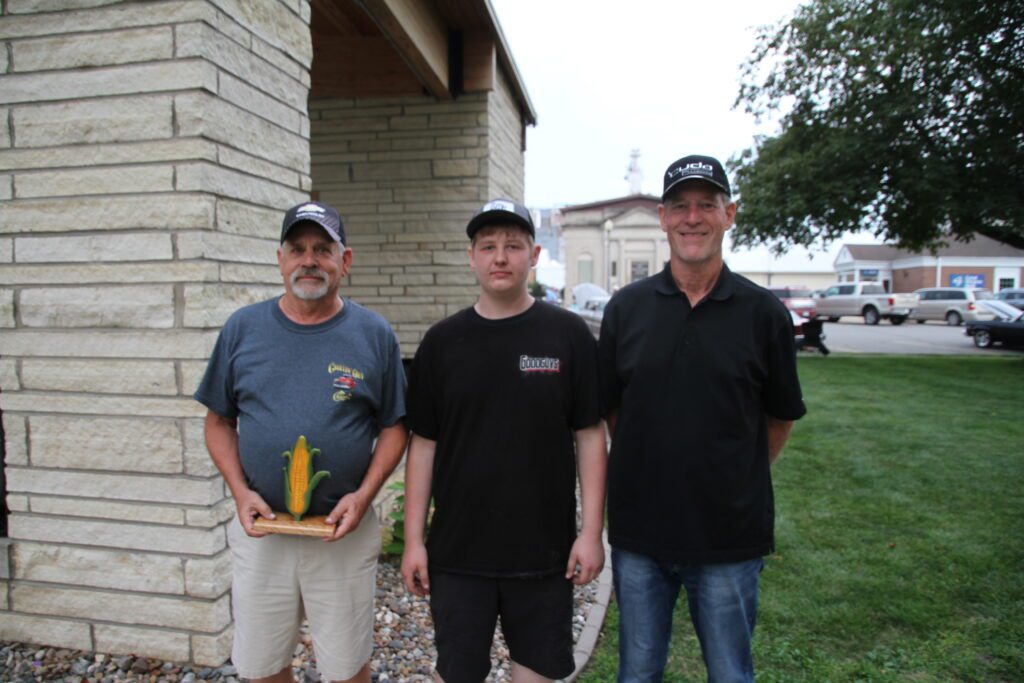 His brother, Doug Huyser of Sully, had his lime green and black 1971 Plymouth Cuda at the show and received third place. In between the two in second place was Cameron Van Wyk of Lynnville and his green 1955 Chevy 3100 pickup. 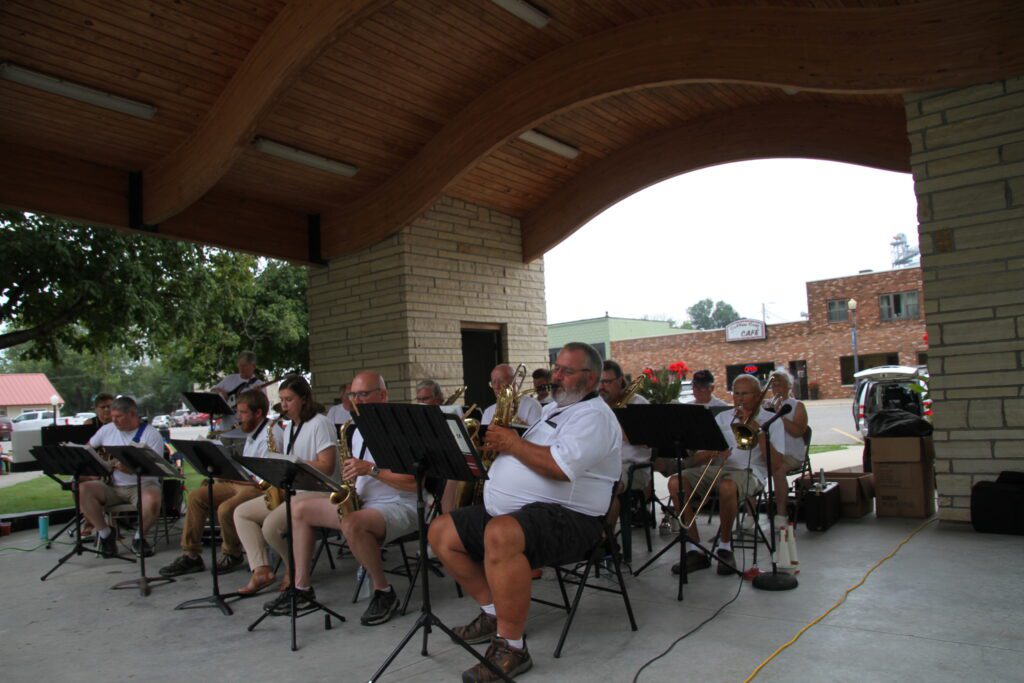 About 7:30 p.m., the skies darkened and thunder rumbled so many in the crowd had their eyes on the weather radar on their cell phones. Because of what was viewed on radar, some cars pulled out early when a few sprinkles fell around 7 p.m. and kernel counting ended shortly after with winners announced at little earlier than planned at 7:30 p.m. The Sully Big Band, emceed by Don Musgrove, gave their concert from 6:30-7:30 p.m. The Sully Lions Club served meals of hot dogs and hamburgers. The Deep Rock Ice Cream Shoppe on the northeast corner of the square was open, and it was broasted chicken night at Coffee Cup Café.

The movie in the park featured the comedy “War With Grandpa” at dusk with free Zimm’s Kettle Corn courtesy of 1st State Bank, and just a few sprinkles fell near the end of it. The earlier sprinkles meant it wasn’t quite as humid and sticky at the end of the evening as it had been.

Event organizers wish to thank everyone who brought cars, attended, and helped in any way to make the 2021 Cruizin’ the Square/Sully Night Out event successful and fun for the whole family.

Watch for the next Sully Night Out Event, Bingo Night in November.