A lifelong habit of penning her thoughts, combined with a passion for teaching children, has led Jana Van Zante of Sully to add children’s author to her impressive resume. Van Zante’s two self-published, faith-based children’s books – “The Wonder of God” and “Gwendolyn Gets the Grumps” – are now available for purchase and are sure to add inspiration to any child’s bookshelf.

Van Zante’s road to becoming an author has taken personal and professional twists and turns with an origin that developed as a child.      “I grew up in a family of good writers, and my dad always emphasized the importance of knowing how to write well,” said Jana Van Zante who graduated from Pella Christian High School in 2004. “Many highlights from school have to do with writing...my very first story, my first poem, my first research paper, etc.” Even though she was passionate about writing, she never imagined she would eventually become a published author. Her mindset and heart was solely focused on teaching, and she graduated from Dordt College in 2008 with a teaching degree. The next four years, Van Zante thrived as a teacher at Central Iowa Christian School in Grinnell. Then, she landed a part-time teaching position at Sully Christian School. Unfortunately, health issues led to Van Zante needing to make the difficult decision to leave the classroom and focus on her health and family.

During this time of rest, she discovered a way she could still teach, this time through books.

Van Zante’s return to her childhood passion of writing was spurred by a conference she was required to attend in the summer of 2018 to renew her teaching license. “At the time, I figured it was pointless because I was no longer teaching. However, I decided to attend a random session about self-publishing,” said Van Zante. Feeling so inspired after the session, Van Zante sought after the keynote speaker, a retired principal who self-published books about his grandchildren. She spoke to him and took to heart his suggestion to give writing a try. “I really feel like God directed me to that specific session so I could realize new plans that He had for me,” said Van Zante.

Later that summer, Van Zante began work on her first children’s book, “The Wonder of God.” Her focus was to help kids draw closer to God “so they can see how amazing He is.” In “The Wonder of God,” Van Zante captures the attributes of God in a whimsical, rhyming story that allows readers to view Him with “appropriate reverence and awe.” Of her approach to her first book’s subject matter, Van Zante explains, “I think a lot of Christian children’s books have to do with moralistic lessons. This is great, but I think it’s so easy to zone in on ourselves and focus on our actions and attitudes. This isn’t a bad thing, but I think we overcomplicate things sometimes.” Van Zante also found peace and inspiration for her first book from AW Tozer’s quote, “As God is exalted to the right place in our lives, a thousand problems are solved all at once.”

With a rough draft of “The Wonder of God” complete, Van Zante sought the advice of her friend, Rosa Veenstra, a self-publishing author herself. Veenstra recommended Kindle Direct Publishing as well as a book by Yvonne Jones that guided Van Zante through the self-publication process. Van Zante teamed up with Sierra Pleima of Galesburg, a 2020 graduate of Pella Christian High School and daughter of Stuart and Sheila Pleima, for the illustrations for “The Wonder of God.”

“I knew Sierra was a very talented artist so I showed her my writing and asked if she’d be willing to go through the process with me,” said Van Zante. Pleima agreed to add her artistic talents. “We were both very new to this so it was a step of faith for both of us,” said Van Zante. Van Zante provided Pleima with a very detailed description of each illustration and the high school artist helped bring the words to life through incredible artwork that graces the book’s pages.

With the experience of writing “The Wonder of God” under her belt, Van Zante dived right into writing her second children’s book, “Gwendolyn Gets the Grumps,” in 2019. Writing the content for her second book took approximately six to nine months, although she said she continually revised and updated the text throughout the months that followed. Her second book follows the fictional character, Gwendolyn, who gets grumpy when things don’t go her way such as pesky brothers and impossible math problems. When Gwendolyn focuses on God and others instead of herself, she quickly learns her grumps don’t stand a chance. This time for illustrations, Van Zante teamed up with a talented artist from across the globe in Ukraine who she found through Upwork. Upwork is a marketplace-like website that allows you to access global talent and connect with qualified professionals.

“Upwork was an excellent site to work. I simply posted a summary of my book and asked for an illustrator. I probably received about 50 replies from illustrators all over the world. Most of the illustrators had online portfolios I could review, so I felt like I was able to make a good decision based on these,” said Van Zante. The Ukrainian illustrator Van Zante teamed up with for her second book was very pleasant and easy to work with.

Conquering the tasks of self-publishing

The next step in the process, formatting, was a bit more daunting than writing the books, which came so natural to Van Zante. “Overall, the whole process wasn’t easy, but it wasn’t terrible either.  It definitely takes perseverance!” she said of the formatting. Van Zante enlisted the help of her future sister-in-law, Allie Reed, to assist with formatting. Reed took care of making sure all of the requirements such as trim size, margins, and illustration and text placement were all within the guidelines set forth by Kindle Direct Publishing. Van Zante also credits her husband, Landon, for being the perfect match to her creative side and also coming to the rescue when the formatting process got overwhelming. “My husband was probably the most helpful,” said Van Zante. “I’m the creative one, but he’s the logical, analytical one. He was able to figure out all the little details that just confused me.”

With writing, illustrating, formatting, and revisions under her belt, the next step in the process was ordering proofs. Van Zante’s self-appointed team made a few changes based on the proofs and sent them to print once everyone was satisfied and gave the final approval. To market her new books, Van Zante put out teasers on social media and received great response. The encouragement received and the number of pre-orders prompted Van Zante to order 150 copies of each book. Eighty of those have already been sold and will soon be in the hands of their readers. “The response has been great so far! I am so humbled and appreciative of all the orders and encouragement,” said Van Zante.

Van Zante’s books are available for direct purchase for $11.99 each by contacting her through her Facebook page or emailing jvzante@gmail.com. The books are also available on Amazon, however ordering directly is appreciated. “When ordering through Amazon, I receive a royalty but Amazon receives the majority of the profit,” explained Van Zante. Ordering directly has additional perks, such as communicating with Van Zante herself and supporting a local new author who is pursuing her passion. She already has more books and subject matter on her radar.

“We’re going through the adoption process, and I’d absolutely love to write a book on adoption,” said Van Zante. She and her husband and two young girls, nine-year-old Alexa and five-year-old Noelle, are patiently waiting for Holt International adoption agency to match them with a child. The Van Zantes started the adoption process three years ago and have everything on their end taken care of. They continue to wait, a period they acknowledge is hard, but are persevering through resting in the promise that “God knows what’s best for our family.”

Teaching as an author

Van Zante’s professional life looks much different than the one she had envisioned over a decade ago, but it’s one she’s come to fully love and appreciate. She may not be reaching a classroom of students through daily teaching but instead her books will soon reach and influence hundreds of young minds with their faith-based content. Like her fictional character Gwendolyn from her second book, Van Zante has learned to focus on God instead of her own circumstances. That realization has guided her to fully live out this line from “Gwendolyn Gets the Grumps” – “When you feel a storm a comin’ and you’re looking like a fright, find that light inside of you and shine it super bright.  Give a hug, write a note, ask someone to play. And watch your special light scare the grumps away.”

Jana Van Zante is first and foremost a daughter of the King...and she hopes her new title of children’s book author brings glory and honor to the God she serves.

Jana is wife to Landon, and they live in Sully with their two daughters, Alexa and Noelle. They hope their family of four soon turns into a family of five as they patiently wait for their adoption agency to match them with a child to love and raise.

Before writing and publishing her first two books, Jana served as a teacher at Central Iowa Christian School in Grinnell and Sully Christian School. Health issues forced her to retire from teaching in the classroom, but she’s finding she can still follow her passion of teaching through her books. 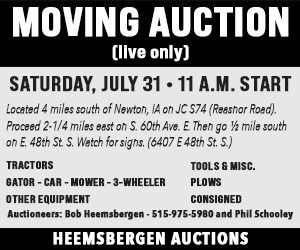