Esther M. (Dorothy) Alexander, 84, of Oskaloosa, passed away Oct. 27, 2019, at MHP Serenity Hospice House in Oskaloosa. She was born Sept.  8, 1935, to Raymond and Edna Parrot Dorothy of rural Douds. She later moved to Stockport where she spent her childhood. She attended the Friends Church and was saved at the age of 14 and began working with other children at the age of 16. She attended grade school at the country Taylor School and later graduated from the Stockport High School with the Class of 1954. After high school, she attended the Iowa Success School of Business in Ottumwa. In December 1958, she was united in marriage to Neal Alexander at the Hickory Grove Church in Stockport. To this union, three children were born:  Laurie, Linda, and Lowell. Neal passed away Mar. 22, 1991.

Esther worked in the office of the Malleable Iron Company for four years. She and Neal were leading a church youth group and traveling with them to different churches in Iowa and Missouri. Esther and Neal were a part of many faith-based organizations and traveled to different parts of the country to hold sermons, prayer band conventions, and other events. After Neal passed away, she moved to Chariton and worked for two years at a gas station before taking a job at Copy Plus. She worked there for 16 years and retired in May 2010.

Esther was an ordained minister with credentials at AFMC (Association of Fundamental   Ministries and Churches in Kansas City, MO). She was also a missionary in the home mission’s department with her “Christian Resources” ministry that she established in 1992. She published a Christian Resource journal quarterly for 25 years and later started a monthly email “Ideas From Esther’s Craft Room.” She self-published many different books on different subjects pertaining to faith. She was a member of the Chariton Christian Union Church and very involved in children’s ministry and worship team and took her turn at serving in other responsibilities at the church.  In August 2013, she moved to Oskaloosa and became a member of the Fellowship Bible Church where she continued her work in children’s ministry and helped babysit the children for the members’ children as they attended their Bible studies.

In addition to her husband, Esther was preceded in death by her parents, two infant brothers, two brothers-in-law, and a stepsister.

As a final act of generosity, Esther has donated her body to the University of Iowa deeded body program in hopes of furthering medical knowledge for the future. There are no services planned at this time. 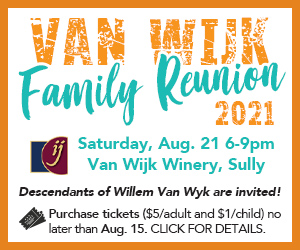