Verla Joy Nibbelink was born Oct. 26, 1935, in Oskaloosa. She was a daughter of Steven and Gertrude (Vos) Nibbelink. Verla began her education at the Peoria Christian School and then graduated from Pella Christian High School. It was at a basketball game that she met Ronald Richard Jansen. On Nov. 26, 1954, Verla and Ron were united in marriage at the Peoria Christian Reformed Church.

Verla’s career was spent working alongside her husband, Ron, whether it be farming or handling the finances for their businesses including Sully Welding, Star Auto, and Janco Industries. Over the years, they made many “parts runs” together. Star Auto and Janco Industries, both in Sully, continue today under the ownership and direction of their sons. An important part of Verla’s work day was morning coffee time at the Coffee Cup Cafe. She also enjoyed chatting with their customers, and she always made time to catch up on the latest with them. Following her retirement, she continued to enjoy those morning coffee times with her friends.

Together, Verla and Ron enjoyed attending the activities of their children and grandchildren. They were extremely proud of all of them.  They also enjoyed traveling, including trips to Iowa Hawkeye bowl games and on their motorcycle with friends to both U.S. coasts, Mexico, and Canada. For nearly 15 years, they spent the winters together in Apache Junction, AZ.  Their favorite adventures in Arizona were driving their Jeep through the desert trails. She continued to attend her grandchildren’s activities, to travel, as well as her winters in Arizona after Ron passed away on Apr. 4, 2014.

Verla was a charter member of the Garden Thyme Club in Sully and a professed member of Sully First Reformed Church where she was involved in Women of Purpose activities and had volunteered as a helper in the STARS Program. She had a special love for music and enjoyed singing in women's groups and church choirs over the years.

Verla was a social butterfly. She considered her many friends from Iowa and those she met in Arizona to be an extension of her family. Her middle name, Joy, was fitting, because she preferred fun and laughter over being too serious. She lived life to the fullest.

Those who will cherish her memory are four sons: Marlo (Ruth) Jansen, Michael (Susan) Jansen, all of Sully, Mark (Jean) Jansen of Grimes, Joel (Deann) Jansen of Kellogg; 12 grandchildren; and 18 great-grandchildren. Verla leaves her brother, Gary (Joanne) Nibbelink of Sun Lakes/Chandler, AZ; and the following sisters-in-law and brother-in-law: Zelda Engbers, Deloris (Ronald) McKeag, all of Sully, and Marcia Jansen of Pella; as well as several nieces and nephews.

Verla was reunited in heaven with her husband, Ronald; her son, Monty Joel; her parents, Steven and Gertrude Nibbelink; her sister, Bonnie and her husband, Gordon Negen; her parents-in-law, William D. and Pauline Jansen; two brothers-in-law, Lowell Jansen and Arie Engbers, Jr.; and two nephews: Curtis Maasdam and Larry Maasdam. 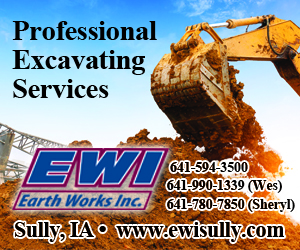