Francis Merle Mick, son of Raymond and Winifred (Lowe) Mick, was born Oct. 31, 1946, in Newton. He was a 1965 graduate of Lynnville-Sully High School. Following high school, Frank worked at Maytag in Newton. He was drafted by the United States Army in February 1966. Frank served his country for two years during the Vietnam Conflict. Following his honorable discharge, he went back to work at Maytag. On May 11, 1968, Frank was united in marriage to Patricia Bond in Newton. To this union two children were born, Kelly and Kari. Frank worked several years at Maytag before joining the Oskaloosa Police Department where he was a dispatcher. During that time, he volunteered for the New Sharon Police Department for a number of years. He eventually joined the Mahaska County Sheriff's Department as a jailer and dispatcher. Frank also worked for Oskaloosa Engineering, retiring due to health reasons.

Frank has dedicated a lifetime to his community serving on the New Sharon Fire Department for over 42 years. He was also a member of the Coffin-Miller American Legion Post #446 for over 25 years serving as legion chaplain. Frank was a member of the New Sharon First Christian Church. He served several years on the Prairie Home Board, as a Mahaska County Hospice Volunteer, as a Jasper County Sheriff's Reserve, and he volunteered at school reading to students and served on the North Mahaska Early Childhood Development Board.

Frank's pride and joy was his family. He was a huge supporter and absolutely loved attending all of his grandchildren's activities. He rarely missed a game, an event, or a school function they participated in. He enjoyed fishing, hunting, trapping, and also his time farming with Verlan Uitermarkt.

Frank was preceded in death by his parents; his stepdad, Neil Lockwood; and his brothers, Larry Mick and Kevin Mick. 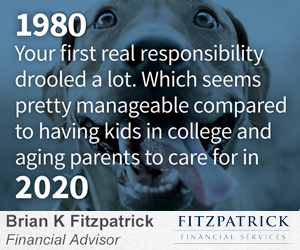