Abraham Verhey, 69, of Lynnville, passed away unexpectedly Saturday, Jan. 6, 2018, at Pella Regional Health Center. Funeral services will be held Thursday, Jan. 11, at 1:30 p.m. in the FCC Building of Lynnville Friends Church. Interment with military honors will be at Woodland Cemetery. Family respectfully suggests memorial contributions be designated for either the Sully Fire Department or Old Settlers Park Fund.

Abraham Verhey’s journey in life began on Oct. 6, 1948, in Oudewater, the Netherlands. Pieter and Metje (Alblas) Verhey gave birth to seven children there: Maria Elizabeth, Elizabeth Maria, Metje, Gerrit, Nellie who died in infancy, Abraham who also died infancy, and Abraham. In 1951, the family immigrated to the United States and settled in the Sully area.

Abe grew up in Sully and attended Sully Christian School and Pella Christian High School.  In May 1968, he was drafted into the United States Armed Forces and served with the U.S. Army during the Vietnam War era until his honorable discharge in May 1974.

Abe was united in marriage with Algonda Louise Ten Hagen on Sept. 26, 1968. To this union, three daughters were born: Shelley Lea, Sasha Louise, and Amber Ann, and they made their home in Galesburg for 21 years.

Abe was highly skilled and had a talent for rebuilding cars with an impeccable hand for painting. Excellence was always an attainable goal of Abe’s in whatever he attempted to do.

On June 22, 2000, Abe and Pamela (Vos) Nikkel were united in marriage and her four children: Kristin Jill, David Jay, Julianna Joy, and Kayla Jo, became a part of their blended family. He loved being grandpa and papa and enjoyed attending his grandchildren's sporting events including football, basketball, volleyball, and track. One of his proudest moments was watching his grandson, Tyson Vander Linden, compete at the State Track Meet in 2017, winning four medals in all four of his events. He was very proud of the educational accomplishments of his grandchildren and the work ethic they display. Abe and Pam loved setting up and selling antiques and collectibles at flea markets and local shows. They made many friends at these shows, auctions, and sales. Abe and Pam have lived near Lynnville since they were married, and the community was always a part of who he was.

Abe was preceded in death by his grandchild, Brooke Goodyk; his parents, Peter and Metje Verhey who passed away on Oct. 2, 2000; a niece, Sherry Sneller Parrish; his infant sister, Nellie; his infant brother, Abraham; and his father-in-law, Lee Vos. 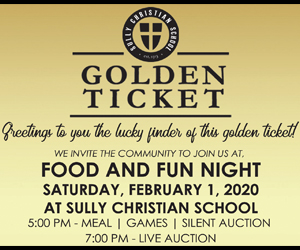